"There's no telling who will hate you because of Me.   Even so, every detail of your body and soul - even the hairs of your head! - is in My care; nothing of you will be lost. Staying with it - that's what is required. Stay with it to the end. You won't be sorry; you'll be saved. (Luke 21:17-19)

Four letter word is "hate".
Yet it can be such a powerful emotion.

satan.  he is actually the only thing I can say I hate.  What he does.  has done.  Yes, I have strongly disliked the way a person has acted, but to actually hate someone is something I haven't felt towards another human.  There have been those I have chosen to set boundaries up in my life, but I don't want them dead or worse.  I have never felt towards anyone as Cain did towards Abel.  Even when someone has hurt someone I love.  There used to be moments when I have wanted to bash someone's face in, but not hard enough to kill them.  I recognize now, I was taking the actions, words, etc. personal.

On the flip side, there are those who have a strong dislike and perhaps hatred towards me.  There have been times I have been attacked and my instant reflex is to become defensive.  There have been times when someone has wanted to destroy me, but as of yet (that I know of)  not to kill me.  These times have caused me to search my heart for my sins and repent, asking for forgiveness if I have done anything to warrant the attacks.  He has opened my eyes through these attacks to see sometimes the dislike or hatred is there because of my relationship with Him and it is nothing more than satan trying to get a foothold.  There are some who don't like His Light revealing the darkness and as His vessel, I become a scapegoat.

It is through His Word my heart is being transformed.
He gives us an account in Scriptures of those whose hatred for Christ was driving them to kill Him.  They were plotting, trying to entrap, any which way they could to come up with a way to be rid of Him.
Christ knew all of what was in their hearts and spoke angrily of their actions.

The wonderment of our Savior though, is if you read carefully in the verses today, His anger was because of all those they were hindering or leading astray from Him.
He never took what they did personal.

Even on His way and upon The Cross.

He looked beyond their actions, into their hearts, and what He saw brought about sorrowfulness, not hatred towards them.  He continually gave to them the opportunity to change their hearts and give up "self" for Him.  As long as our hearts are beating, He continually gives us that choice.  To follow Him.

This is the Christlike attitude I pray to achieve.
To love all as He loves.  To not take personal, looking beyond the attacks, into their hearts and pray for them.  To not hear, see, their dislike or hatred towards me, but to see them - standing outside of our ABBA.  Lost.  Angry.  Bitter.  Full of the world.  Full of self.

To completely accept - no matter what - it isn't my job to protect or defend "me".
To believe without any doubt whatsoever - He has me covered - "every detail of my body and soul - even the hairs of my head."  There is nothing the enemy can throw at me which can destroy me.  Christ overcame him through His death and resurrection.
As I go, I am striving to Love and Live as He. 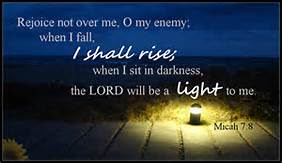