"Before long, the king made himself at home and God gave him peace from all his enemies."  (2 Samuel 7:1)

Where has the King made Himself at Home?

Is He at Home in my heart?  My life?  In the air I take into my lungs?  In the air that I let out into the atmosphere?  In my thoughts?  Hidden and spoken?  My actions?  Viewed and alone?

Where is my Home?

My earthly dwelling is a sanctuary from this world.  It is a blessing that He unfolded His hands and presented to me.  to my Curt.  to us. 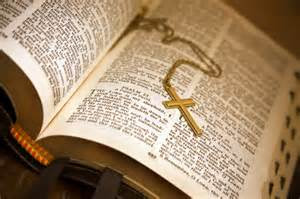 It is "in" His Word that I live.  The place I open up the door and walk into each day.  Where I walk across the room and climb up into His lap, as He sits waiting for me.  In His lap where we read together, where He explains, giving me discernment of His Words.  It is the place where I sit and eat at our Table.  A Table where He sits at the head of and I sit - not as His guest - but as His daughter.

The daughter of my King.

It is where I sit with my family.  His princes and princess - my brothers and sisters.

It is where we eat and are filled with the meat from His Word.  With the Bread of His body.  We drink from the cup of His Blood.  Around His Table, I share in communion with Him and our family.  Around His Table where we share living life.

It is where I go and lay to rest.  The room where my spirit is rested from the weariness of walking in this world.  The bed in which I lay, reflecting, worshiping, praising, counting, and asking.  It is my snuggle time with Him. It is where I lay my soul, heart, and mind bare.  It is from my closet that He dresses me in His love, His Truth,  replacing all the lies of the world that I have put on.  Replacing the rotting, dirty, and stained, with His Armor, a Wardrobe from my King.

His Home.  Where I am fed, clothed, showered in love, cherished, desired.  Where I am safe and at peace from all our enemies.

Where I am told that I must go out the door and leave each day.  Dressed in His Truth, Righteousness,  The Gospel of Peace, shield of Faith, Salvation, and His Word.  To walk amongst the world, making Disciples, so when returning Home that eve - I am bringing home another brother or sister to live with us.

I have always felt sorry for Michal.  I have sorrow for her, because she didn't have any control over her life.  Her father gave her to David as a wife, and when he was on the run she was given to another.  Scripture tells us that she loved David, which Saul, her father, was using to his own advantage.  Scripture also tells us that when David ordered her returned to him, her second husband followed behind her, weeping.  I sometimes wonder if they had children.  We don't know.  If so, I can't see David bringing another man's child into his fold, because of how the Jews protected the lineage of their name.  She obviously still had feelings for David, otherwise, she would not have been watching from the window.  These feelings were either loving or hatred, not apathy.

Granted, her life had not turned out as she had wanted and hoped for.  But, she did have control over her attitude and she chose to be filled with contempt.  We then are told, ""Michal, Saul’s daughter, was barren the rest of her life."

What we chose to fill ourselves with, is what our fruits become.

Are there times when God makes or wants to make me barren, because of what I have chosen to fill myself with?  Even though I am a woman after His own heart, it pains me to know, without a doubt, there are too many times my fruits are of self or the world.  There are times when I, again, pick up contempt, bitterness, anger, revenge, self-pity, and eat of it.  Consume it, let it grow within me.

There are times when I wish I felt only apathy towards a person, knowing if I did, the nothing I would feel inside of me, would be so much better than the contempt and its side partners.  And He then reminds me to pray.  Pray for those persons who walk outside of Him and push my buttons.  Pray for my heart.  To be thankful and rejoice that I still struggle in regard to them, for if I didn't, it means that my heart is hardened towards them.  A hardened, apathetic heart, or one filled with contempt, towards a person - is not able to pray and love as Christ did and does.  As He does for them.  For me. For all of us. 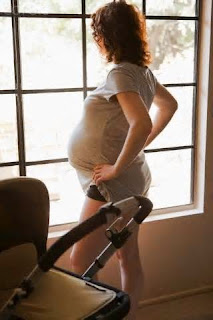 My heart becomes barren, unable to produce for Him.

I am to love others to Him.  I am to shake the dust of contempt, bitterness, anger, self, from my feet, but not the person.  It may mean extracting myself from any future contact with them, but I am still to lift them up in love to Christ.  To pray for them and myself.  Leave the door open.  God is a God of miracles and changing hearts.  I stand amazed at how He has/is transformed mine over the years.  Who am I to say or think, He can not change another?  To be arrogant enough to think they will never change.

Putting myself in His place - trying to.  How He has taught me continue to "look out the window" and love them through Christ.  No matter the view.

If my heart is barren of His fruits, they can not see Him through me.