"I've just found the Book of God's Revelation, instructing us in God's way—found it in The Temple!" (2 Chronicles 34:15)

I am so thankful that I have not let His Word fall by the wayside - that it is not "lost" from my life.  How ironic that they found it hiding in plain site.  How often am I as guilty.  That I don't take His Word, even though I read it daily, to heart.  That I put it aside and it gets "lost" in the jumble of life.

These past few months have been rather hard to endure - to say the least.  Bittersweet events that have pulled and tugged at my heart and mind. Persons who are a part of my life, shaking up the "apple cart".

There have been things going on that I have been taking personal and not recognizing that they are part of the spiritual warfare that is going on around me.  Curt and I are very blessed to have a family unit that is of God.  That has a foundation "in" and "on" Him - satan isn't happy with that at all.  His Word has finally sunk in to help me see how satan is attacking - and we need to be praying for  a hedge of protection.  That satan is using close outside forces. 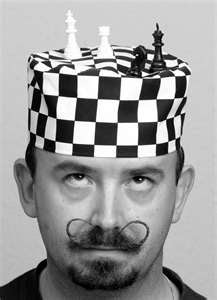 The neatest thing about all of this - Our God is so much bigger than satan and his games.  We are on the winning side.  satan may have "won" past  battles, but not the war.  Curt and I are standing firm "In" His Word.  We have His promises - His love - His army fighting for/with us.

What a burden lifted to see things from the spiritual sense.  To know that "I" don't have to be the one.  All I am required to do is be Christlike.  I am trying.  And how His Word is helping me.

I have to continue to love those to Him who satan tries to steal away.

They are ours - part of His family.

And I won't let satan snatch them away without a fight.
Posted by deby at 7:02 AM