"Then he told me, “These are those who come from the great tribulation, and they’ve washed their robes, scrubbed them clean in the blood of the Lamb. That’s why they’re standing before God’s Throne. They serve Him day and night in His Temple. The One on the Throne will pitch His tent there for them: no more hunger, no more thirst, no more scorching heat. The Lamb on the Throne will shepherd them, will lead them to spring waters of Life. And God will wipe every last tear from their eyes.” (7:14-17)

What is tribulation?  It isn't the same for each person. What one may breeze through, another may not be able to lift one foot for many days to overcome.  God knows each of our hearts better than we do.  He knows what is a trial and tribulation for each of us.  And He is in control.

At times when doubts about His being in control seep in, His Word again confirms that He is.

"Immediately I saw Four Angels standing at the four corners of earth, standing steady with a firm grip on the four winds so no wind would blow on earth or sea, not even rustle a tree." (7:1) 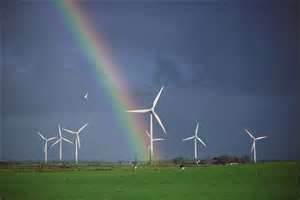 We are able to utilize the wind, create a false wind, thinking we are in control with our abilities.

But, only He is able to produce and harness it. The wind - an unseen force - yet He has His angels stand steady in the power of it while they hold it back with a firm grip. He knows we need His help to overcome. He wants us to rely on His strength, not our own to prevail - to become stronger in Him. For others to learn from. To lead. To be teachers.

God is nudging me to blog again, and I will try to be faithful, but no promises as you know I am human!
)With Blake graduated and back in Austin ready to begin his work life..(pray also as his girlfriend Brianne moved from Michigan to Austin and they are now sharing an apartment). Blake knows the Lord and the Word, but is really not active with other Christians, his best friend in fact is Jewish. Blake says Brianne is open to Christianity, but runs far to the other direction when she feels like it is being shoved down her throat. A lot of prayer needed here. I have always prayed God bring Christian wome into my sons lives, and thought at first she was, but now not so sure. I have met some of his new neighbor friends/some are couples and praying that some Christian couples will befriend them.
HE is the Alpha, the Omega, and I am thankful HE is in control, I have to just let go and let God!

"God is our refuge and strength, always ready to help in times of trouble. So we will not fear when earthquakes come and the mountains crumble into the sea. Let the oceans roar and foam. Let the mountains tremble as the waters surge!" Psalm 46:1-3 (NLT)