"every one whose heart was roused, whose spirit was freely responsive, bringing offerings to God." (35:21)

The word "roused" jumped out at me and stuck right into my heart.  I looked it up, "to come out of a state of sleep, unconsciousness, inactivity, apathy, depression, etc.". All through the day it has continued to run through my veins.

I started to think about all the times I have become "roused" and then what happens.  I begin with such energy, such determination, such conviction, putting my all into it, consumed, obsessed.

My whole being shifts into another gear and there I am - in neutral.

Before you know it, I am surrounded by unfinished projects.  Then I become overwhelmed and my engine shuts off.

Curt has always been so good about coming up behind me and finishing projects or pushing me to finish.  In the last few years, I have promised him that I would finish before starting something else.

Since then, I haven't really done alot.

This is how I have been in my role as a Christian at times.  I would jump in with my everything, expecting everyone around me to be as fired up about God, and find they weren't.

In particular - my Curt.

He just wasn't growing in his relationship with God as quickly as I thought he should be.  He wasn't reading His Word every day, as he should be.  Praying enough.  And yet, he was going to church every Sunday, sometimes even during the week, but not leading - as he should be.  Not being the Spiritual leader of our home and family - like Scripture says - no! commands -  he should.

I was totally "roused" in growing my relationship with God and also trying to take the reins for Curt's relationship too.  What I thought was my spirit being "totally responsive" - wasn't.  It was being manipulative, controlling, shaming, and shoulding.  I was trying to be god.  It was about my time, my way.  I was "bringing offerings to God" with strings attached.

All the while - I could hear Him say, "Hush, child.  Curt is mine.  It is a relationship between us two."

And all the while - I kept ignoring and kept talking.

One day about two years ago, as I was praying for Curt to grow into a deeper, intimate relationship with God (like I thought he should be), I heard Him as plain as day.

It has become my mantra.  I had to do this in total trust and faith.

In doing this, I was bringing the offering of myself to God.

I look back now and realize if I hadn't of become "totally responsive" at that moment, God had a roll of duct tape in His hands! 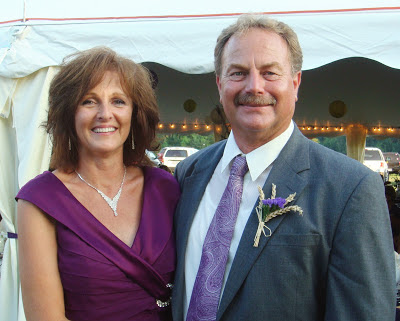 In living by my new mantra, "my Curt" has grown leaps and bounds in his relationship with God.  All the things I would should, nag, manipulate him about - have happened.

During the time that I did as He commanded.

"Shut up and step back."