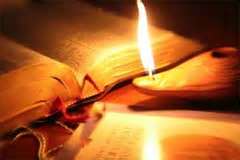 That He doesn't rule with double standards.
Posted by deby at 5:41 PM