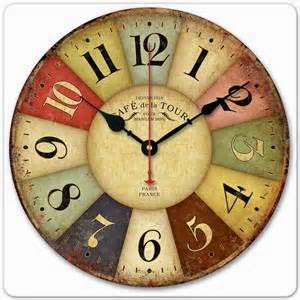 Thankfully, after much prayer during the past couple of years I am seeing improvement.  It seemed the harder I try, the behinder I would become.

There have been some who have told me, "You will be late for your own funeral".

I don't really know how it happens.   The words of the rabbit from Alice in Wonderland, "I'm late, I'm late, for a very important date" are sometimes going through my head as I rush about trying to get out the door and on my way.   I most times have my clothes laid out, cards signed and sealed, present bought and wrapped (both of which often lay forgotten), directions gone over, and still - more often than not - I walk in late.  Or almost late.

What I have come to recognize is one of the reasons is, I really enjoy being home.  It comes from being an introvert.  Crowds, noise, hustling and bustling - they really aren't the way I want to spend my time.  But, being home all the time isn't what He has commissioned me to do.

Part of my "staying alert", is to be His vessel in reaching others.  It means I have to have my lamp tended properly.  The oil I use is His Word.  It gives me over and over what I need to be His light for any situation He puts me in.

Being out of my comfort zone physically drains me to the point where I want nothing more than to be reclined on my couch dressed in my pj's.  I am thankful for the moments He gives me to recoup, but that isn't where He wants me to invest the most of my time.

He wants me to have and live a servants heart for Him.  for others.  To be His hands and feet.  To watch and be on the ready to serve.

On time.  Out of my comfort zone.

"Then The King will say to those on His right, 'Enter, you who are blessed by My Father! Take what's coming to you in this Kingdom. It's been ready for you since the world's foundation.
And here's why: I was hungry and you fed Me, I was thirsty and you gave Me a drink, I was homeless and you gave Me a room, I was shivering and you gave Me clothes, I was sick and you stopped to visit, I was in prison and you came to Me.'
"Then those 'sheep' are going to say, 'Master, what are You talking about? When did we ever see You hungry and feed You, thirsty and give You a drink?  And when did we ever see You sick or in prison and come to You?'
Then The King will say, 'I'm telling the solemn Truth: Whenever you did one of these things to someone overlooked or ignored, that was Me - you did it to Me.'(34-40)
Posted by deby at 5:31 AM