“No human who has been devoted to destruction can be redeemed. He must be put to death."  (Leviticus 27:29)

Does this scare you?  I mean scare you in such a way that you feel you will lose control of your bowels?  It needs to.

Because of free will we decide who we are devoted to.

What are you devoted to?

It seems at times when we read God's laws, they seem harsh and unforgiving.  God doesn't just "zap" you, but teaches you first.  Before the people were instructed to stone a person, the laws had been presented to everyone.  It is the destructive one who blatantly sins before God and His people.  If God continually moves the line in the sand, then the cancer of sin would grow and take over everyone.  They would take the ways of sin into their hearts.

Wonder what our society would be like today if there wasn't the three strike rule.  If a person who killed or raped someone was executed instead of having their hand slapped.   Would pedophiles be so bold if they were taken out and shot instead of maybe going to jail and then released into society.  Studies show that there are many person who repeatedly commit crimes because the sentence really didn't affect them.

I am thinking stoning would. 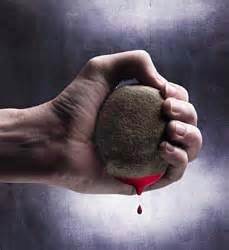 Then I wonder if I would feel this way if it were one of our sons.

As an obedient servant of God, I would have to.

The key word in this verse is "devoted".  It is their desire to bring destruction upon all.  There would have to be a point where I sacrifice my child for the sake of those he is destroying.  How hard it would be to do this, particularly if I were ordered to throw stones too.  How do you remove yourself from your own flesh and blood?  When their desire is not of God, does that change how we look upon them?  Every one that sins is some mothers child.  At one time they were carried under a mothers heart.

We are called to love all.  How do you love someone who rapes and beats an innocent child?  How do you look past the sin and love that person.

God so loved the world - that means sinners - so much He gave His only Son so we may have everlasting life with Him.  When a person "devotes" their lives to destruction, they still have to face the consequences of their actions.  While serving their sentence, they can and sometimes do find God.  He does release them from their sentence - through early release or through death unto Him.

My question is - are we going to be held responsible because we have continually moved the line in the sand, allowing those devoted to destruction to continue?  Do we live being responsible for protecting and keeping the cancer of sin out of our family?  Do we live intently - with each breath we take - "Go therefore and make disciples of all the nations, baptizing them in the name of the Father and the Son and the Holy Spirit,"(Matthew 28:19)

The one sure way of preventing the cancer of sin to spread is leading all hearts to Him. 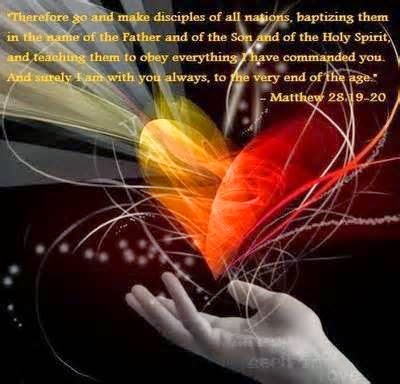