"Real wisdom, God’s wisdom, begins with a holy life and is characterized by getting along with others. It is gentle and reasonable, overflowing with mercy and blessings, not hot one day and cold the next, not two-faced.
You can develop a healthy, robust community that lives right with God and enjoy its results only if you do the hard work of getting along with each other, treating each other with dignity and honor. (3:17-18)

Her steps faltered as she came into the Great Hall.  She looked even smaller than the last time we met, a few more lines etched into her face, her eyes not as bright.  The results of worry and sadness could be seen, not only in her face, but the way her body had begun to bend even further from the weight of the burdens she carried.  I stepped towards her, and for a moment I saw the glimmer of the younger woman buried deep within.  Briefly there was a twinkle in her eyes, reminding me of diamonds reflecting the sunshine.  Her smile was touched with her heart, as I could tell she missed being in His city of Life.  Of Living.  But, before we came together, the shadows of her burdens brought up the walls of defensiveness and protection.  There wasn't a hug or touching, just a yearning to.

We left the Great Hall and ventured out into His City.  Even though His Sonshine was basking down upon us, she never removed the coat she wore, swallowing up her tiny frame, clutching it tightly around her, afraid to let it open up and expose herself to the elements.  She was silent, deep in  thought, as we walked over the bridge, stopping to look at the crystal clear waters far below.  Passing by the displays in the windows of life, she would forget and let out a gasp of pleasure.  I could see the farther we came away from the Great Hall, she was also leaving behind the train she had just gotten off  and was drinking in the delights He had set before her.  Every once in awhile, her hand would find mine as we stepped off the curb into the street.  There was fear and distrust in her body language as the bustle and noise surrounded her.  Even though it was completely safe, I knew it was because she was so out of her element.  Out of her comfort zone.  She was out of the false sense of security she found while riding on the train.  Time and time again, I could feel her eyes upon my face.  And when I would look back at her, I could see the thoughts of wonder, pride, hesitation, sorrow.

It took us most of the morning to reach the far side of the city.  There were times when we had to rest, the walk exhausting her.  The evidence of life wearing her down and out, can no longer be hidden.   I could tell there were moments she wanted to turn back, the fear and distrust bringing out another element, that of anger, causing her to desire to be back on the train.  Through much of our time together,  I was silent, only speaking the words ABBA had given me to say.  He gave me the realization this walk, this time together, was for Him and her.   I was being used as His vessel.

The city behind us, the waters reached out with no shoreline as far as our eyes could see.  The waves came in continually, the spray from the cool water touched upon our faces.  She grinned in delight.  I watched as her steps in the sand began to leave footprints of a dance.  Lifting her hands up high, her voice singing praises to our ABBA, she was shedding the burdens from her soul.  Casting them into the waters of life.  His Light causing the whole of her to shine brightly.

The sky began to darken.  Before we left the waters edge, she ran back and began to pick up her burdens the waves had washed back upon the sand.  Her hurried steps brushing the footsteps of her dance into a memory, as she rushed about gathering her burdens up before the fingers of His waves could bury them in deeper waters.  We started our journey back through His City on our way to The Great Hall, her coat once again tightly clutched around her.  She took my hand.  I could see how torn she was about going back to the train or staying with me in His City.  "Come, join us on the train", had slipped from her lips throughout the day, except for the time we stood at the waters edge.   Each time I could only shake my head no.

ABBA has shown me through His Word of Truth, His Wisdom, I had to get off the train she rode on with the others.  He has led me through the Great Hall into His City of Life.  To live a Holy Life and be His Vessel to whomever He has decided I need to walk with.  To live among others who have also gotten off their train.  Learning from they who have grown wise from their journey, so I may help those He puts into my path.  Even those who only get off for a little while.  To walk with them through the City, praying they will choose to stay. 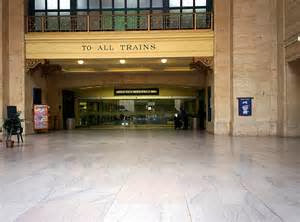 There were tears in her eyes as we parted.  My heart ached and for a moment, I was torn.  satan wants me to believe when getting back on the train there will be a joy and comfort.  ABBA has opened my eyes to see  it isn't genuine, it won't last.  ABBA has led me to realize the world is riding on the train of insanity.   Expecting different results while traveling on a train going in circles, on the same track.  He is showing me, there will be moments, days, He is using me to be a guide, a companion, as I walk with others who are walking in His City of Life, contemplating if they will stay.

And it is my continued prayer for Him to use me as His Vessel, to fill my heart with His grace, mercy, forgiveness, and most of all love.  He has shown me this is how I am needed,  for not only her, but the others.  To never lose hope that one day they too, will get off the train and come live "in" His city.

"a healthy, robust community that lives right with God."
Posted by deby at 6:02 AM