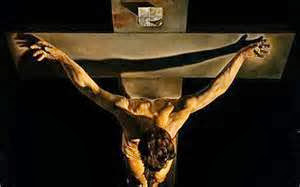 
What are you putting before our Abba?  Our Savior? The Holy Ghost? His Word? Being "in" an intimate relationship with Him? Are you His fan or His follower?


At the age of 33, Jesus was condemned to the death penalty.

All these without mentioning the humiliation
He passed after carrying His own cross for almost 1.2 miles,
while the crowd spat in his face and threw stones
(The Cross was almost 66.13 pounds of weight, and only for its higher part,
where His hands were nailed).

Take a moment to appreciate The Power of God
in your life, for doing what pleases Him.


"Yes, I love God.
He is my source of life and my Savior.
He keeps me alive day and night.
Without Him, I am nothing, but with Him
"I can do all things through Him who strengthens me." (Philippians 4:13).
"It’s with lasting love
that I’m tenderly caring for you. (Isaiah 54:8)
Any accuser who takes you to court
will be dismissed as a liar.
This is what God’s servants can expect.
I’ll see to it that everything works out for the best.”
God’s Decree. (Isaiah 54:17)