God had instructed the people to totally destroy all who lived in the Promise Land that were not following Him. He knew the people would be turned away from Him through these people. They already had proven this numerous times.
Again, God knows best - and that is all He He wants for me - the best.

I think about the "ites" that I allow to live in my life. A little tidbit of gossip here and there, sneak a few handfuls of cookies, procrastinate instead of just do, the self-righteous thoughts that creep in as I compare others ways, bitterness and anger when buttons are pushed that I have not let go. Lots of "ites" and they could totally take over and destroy me.
This marks my 17th year to read through His Word. I am not bragging, just stating a fact. A place where I am able to go back and actually see the change within me begin. At first I did it out of a sense of duty, and not every day. One year I read the entire New Testament on December 31. At first it was an obligation to fulfill a vow I had made to Him. My heart wasn't in it. Just going through the motions.

And then - "He" happened.
I began to be "in" His Word each and every day.
I came to the place where I can not go without His Word.
I have come to love being in His Word every day.
It has become as much of a part of me as breathing.
His Word is so alive and has/is transforming my heart.
I have fallen head over heels in love with Him after digging in and reading my own personal love letter from Him - His Word.

Yes, I still have "ites" in my heart, but not as many. The way He is helping remove all the "ites" from my heart is such a blessing.  Many moments I am able to see "me" stepping away from a situation and "He" fills in - using me as His vessel.  More and more He is helping me to keep my focus on Heaven, on His face, and not on the situation at hand.  To not take things personal.  To see people and situations through His eyes.

So when it came to removing my "ites" - it is often because I wouldn't not couldn't.
I decided to hang onto the sins I wanted -  I was deciding to serve me.
The Israelites had their own reasons for hanging onto the "ites". Greed, selfishness, lust, self, and it turned out to destroy them from within in.
satan works that way. he usually doesn't start out with a bang, but a little bump or nudge. Then as we grow accustomed to the sin as a way of life, when it feels good, etc., he ups the dosage.
Just like a cancer - the "ites" in our lives will eventually overtake the whole of us, unless we do as He commands and completely remove them from within.  Which can only be done through Him.
We can not do it on our own.  And He is standing at the ready. 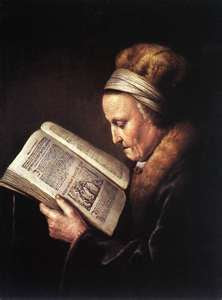