There are often times an actual spiritual heaviness will weigh down upon me as I go through life, seeing there are so many who do not know Him.  So many who are lost and living "the lie". So many who do not live a blessed life because they have elected not to follow God.  There are times I am finding it hard to believe how blatant people are about their sins.  They don't care who they hurt or who sees.  It is all about satisfying the god of "self".

A few years ago we had been visiting Nichalas and Amber one weekend when they lived in Chicago. They had wanted to take us to the vegan "Chicago Diner" in the heart of Boystown. It was a Sunday night after we attended church and we were walking. Out in the streets were persons standing around the bars, on the sidewalks, talking. It was more of how they were dressed, than how they acted, giving indication of what they were really wanting sex and not a relationship. And when I looked beyond the clothes, the actions, I saw a sadness behind their fake smiles, grabbing my heart.

There was a news report of a man who had taken into the woods the five year old daughter of a rancher he was working for in Texas. Her father had witnessed the abduction and ran after them, finding the man half naked, on top of his daughter. He grabbed him off of her and beat him. Then he called 911 because he was then trying to save his life. The man ended up dying. There were numerous persons who were very irate about his defending his daughter this way. Thankfully, the grand jury ruled that the father was only guilty of protecting his daughter.

Recently, we were listening to the valedictorian speak at the small country school graduation of my niece.  It was a speech about "me" or "I".  No one batted an eye when she threw in, "this was the year her mother encouraged her to come out of the closet and threw away the key".  No one seemed upset there wasn't any mention of God throughout the whole ceremony.

Studying Jude the other night and I can't shake these verses or the picture of the emptiness that so many of the lost souls have:

"These people are warts on your love feasts as you worship and eat together. They're giving you a black eye—carousing shamelessly, grabbing anything that isn't nailed down. They're—

Puffs of smoke pushed by gusts of wind;
late autumn trees stripped clean of leaf and fruit,
Doubly dead, pulled up by the roots;
wild ocean waves leaving nothing on the beach
but the foam of their shame;
Lost stars in outer space
on their way to the black hole." (Jude 1:12,13)

The world has taken the gift of LOVE and tainted it in so many ways.

When I read in the Bible some of the times when sin is much like the world we live in today, I focus and stand in the hope of Solomon's words, "there is nothing new under the sun".  Throughout His Word, we are promised over and over.  He is in complete control.

There are so many moments the sadness causes my heart to actually hurt for others and God.  How He is grieving.  All He desires is to have us "Know" Him intimately.  How He desires we cast aside our self made gods and worship Him.  To draw near to Him.  For us to know real, pure, Holy LOVE.

I have been thinking about the events above and other times it is obvious those I am surrounded by do not have an intimacy with our ABBA.  I am so thankful and blessed for not only myself, but my husband, our sons and daughter-in-loves,  who are following The One True God.  Seeing and knowing our present and future grandchildren are being raised knowing Him.  How I am blessed to be surrounded by His Family as I go through this world.  How I find hope in seeing Him through all of my steps.

I pray this life He has given me will be one to help lead others to Him, so they may live a blessed life, rather than one of emptiness and pain.
For them to live in the True LOVE.
I pray that they may come to "have God as their God". 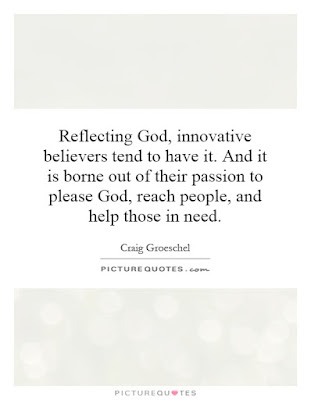 Hi Deby, it is sad to see all the twistedness in the world today, and I love that song that says, "there's a lot of hate, but a lot more loving" and somewhere in there it also says there's a lot more grace. Although most times all we see is the filth, and perversion, there is a lot more Christ in the world... thank goodness God has not given up on us yet
Great post
God bless
Tracy

I know!! If we choose to look and see - HE is everywhere!!! Even in the midst of the "twistedness". No greater LOVE than His! God so blesses!!