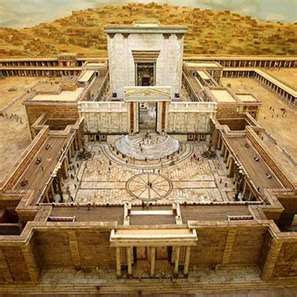 Remembering the many times, as a mom, I would come up with some "awesome" activity to share with the boys, only to be met with, "later mom".

Why do I think I don't do the same to God?

wanting only the best for me.
Preparing everything I need.
Knowing me better than I do.
Having on hand the blessings that touch my heart.

Each time I come up with such lame excuses when He shares with me what He wants me to do:

And He reminds me yet again.

It isn't by chance He has me planted where I am, how I am, who I am with.
It is all part of His design.

Just as David was preparing Solomon to build the temple, He has/is preparing me for work in building The Kingdom Come.

Who do I think I am to answer The Lord in such a way?
Having total disregard to Who He is.
He who is the great "I AM".

I know in all the times I have jumped up in excitement and began to "build",  I have received more blessings than I can ever acknowledge. It is during these times of serving "Him" instead of "self" I find I am really living.

Continually I am praying, no matter the situation - in faith I will "get to work".
To stop responding to Him with, "Later ABBA".
Posted by deby at 6:00 AM