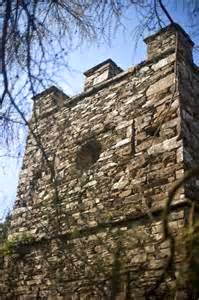 "Abimelech went on to Thebez. He camped at Thebez and captured it. The Tower-of-Strength stood in the middle of the city; all the men and women of the city along with the city’s leaders had fled there and locked themselves in. They were up on the tower roof. Abimelech got as far as the tower and assaulted it. He came up to the tower door to set it on fire.

Just then some woman dropped an upper millstone on his head and crushed his skull.

He called urgently to his young armor bearer and said, “Draw your sword and kill me so they can’t say of me, ‘A woman killed him.’” His armor bearer drove in his sword, and Abimelech died." (9:50-54)

I wonder what do I hold at such a low level of worthlessness in my gifts and talents.  All of what He gives us is to be used as part of our weaponry against the enemy.  Not some of - but all of - our gifts and talents, even those we feel "aren't good enough".

He has created them, given them to us . They are part of Him, part of "us" whom He made in His image.  He designed us for His purpose.

I read this today, and it struck home how often it is we don't utilize what He has given us.
How often we do not use His measuring stick to evaluate how "good" our gifts/talents are.

I am once again reminded there really is nothing new under the sun.

All we can do as writers and readers and thinkers and lovers and pray-ers is to link arms and pull when someone’s stuck, or push when someone’s scared, and pray when we’re all lost. Not because we are hopeless, but because we actually know that there is Hope and at all times, we all just need reminded of it in different ways.

There is so much of our gifts/talents we think is useless or not good/talented enough and then we end up not utilizing them to help strengthen someone in or out of "His" family.


Someone who is fighting the enemy.

Someone who desperately needs to be reminded there is Hope.
Someone who is trapped in their "tower".
Posted by deby at 3:13 PM