“In the twenty years I’ve worked for you, ewes and she-goats never miscarried. I never feasted on the rams from your flock. I never brought you a torn carcass killed by wild animals but that I paid for it out of my own pocket—actually, you made me pay whether it was my fault or not. I was out in all kinds of weather, from torrid heat to freezing cold, putting in many a sleepless night. For twenty years I’ve done this: I slaved away fourteen years for your two daughters and another six years for your flock and you changed my wages ten times. If the God of my father, the God of Abraham and the Fear of Isaac, had not stuck with me, you would have sent me off penniless. But God saw the fix I was in and how hard I had worked and last night rendered his verdict.”(31:38-42)
Unlike Jacob's father-in-law, Laban, our ABBA is a fair Father.  One whom unconditionally Loves us and wants only the best for us.  It is we who are like Laban.
We are the ones who go back on our word.  our actions.  our thoughts.
We are the ones who take so much for granted.
We are the ones.
And still.  Our ABBA.  He continues to be there.  to Love us.  to watch over us.  to shower us with grace and mercy.  to give us the gift of forgiveness through our Christ.
To do everything in His Power so we may be with Him eternally.
"blessed them, and then set off for home." (31:55)
My eyes were opened up to an even greater awareness on "grace" from our ABBA a few years ago while going through "1000 Gifts" by Ann Voskamp.  And even though I had studied "grace", I came away that night seeing more meaning in how our Savior broke bread with one who would betray Him.
In this new awareness,  my heart had never been touched as it had been that night.  His Words we opened up to and read, lingered in the air about us, alive and touching each woman who sat around the table.  Heart transformation from His Word.  His Word which is so alive.
"For I received from The Lord that which I also delivered to you:
that The Lord Jesus on the same night in which He was betrayed took bread;
and when He had given thanks, He broke it and said,
“Take, eat; this is My body which is broken for you; do this in remembrance of Me.”
In the same manner He also took the cup after supper, saying,
“This cup is the new covenant in My blood. This do, as often as you drink it, in remembrance of Me.”
For as often as you eat this bread and drink this cup, you proclaim The Lord’s death till He comes." (1 Corinthians 11:23-26) When Jesus broke the bread and offered the cup, He spoke this beautiful word:

This one word captures three distinct and powerful ideas.  How did Jesus reveal each of the following in His institution of the Lord's Supper ( the Eucharist)?

The Greek word for Grace is "Charis".  I had never noticed before that it is completed surrounded in the word of Eucharisteo.  Much like I am completely covered and surrounded by Him in His Word.  Christ is God's Grace for me - for you - for all of us who accept Him.  He gave us Christ - The Ultimate Sacrifice - to cover our past, present, and future sins.  Without Christ, no one can be saved, stay saved, or grow as a Christian.

Grace is the oxygen we Christians need to breathe.

But it was the word "Thanks" that has gripped my heart and won't let go.

In The Scriptures, it tells us, "Before".

Listen carefully.
"BEFORE" - He broke the bread.

"BEFORE" - He poured the wine.

Each time, He gave Thanks to our ABBA.


He gave THANKS - knowing He.  He.  Would be the one who would be separated from His ABBA.  our ABBA.
He gave THANKS before He went home, to sit at the right hand of ABBA.

Our Savior's focus was always on Heaven.  He KNEW what was to come.  He KNEW as He wrestled in the Garden, alone with His ABBA.   He KNEW all that was ahead.
And still He made the free choice to continue on.
To be The Ultimate Sacrifice, not only to cover our sins, but so we could have The Holy Spirit.
Here within us.  Our Helper. 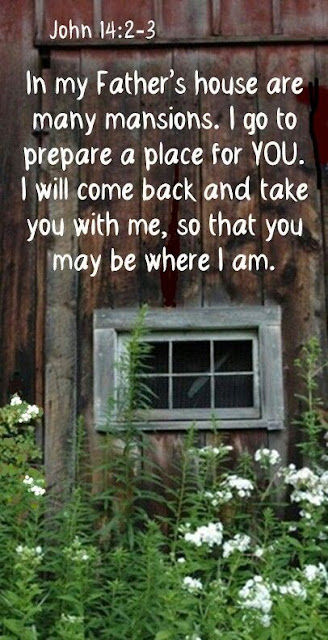 Our Savior showered upon us Grace.
He did it with thankfulness.


After The Last Supper, "They sang a hymn and went directly to Mount Olives." (Matthew 26:30).


A hymn.  Extending a time of praise and worship to ABBA.


"and went directly to Mount Olives."

The place where we see His Gift of Grace,
as He continued in His steps to The Cross.
"blessing us, and then setting off for Home."
Preparing a place for us.
Posted by deby at 8:40 AM