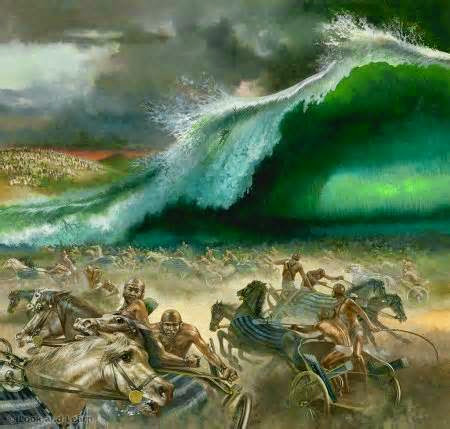 We worship a God of Love.
A God who is pure and Holy.
A God who created each and every one of us.

I think about how God used the Egyptians for His glory and how it had to have ripped His heart out.  Knowing when they drowned, their last breath was also their last chance to turn to Him.

It is because of how He has shared Himself with us through His Word we are able to picture how torn He was.
Yes, He was rejoicing with the Israelites in their worship of Him.
And at the same time.
Our ABBA wept over those who lay dead on the seashore.
Posted by deby at 12:17 PM