When the boys were little, we played a game we made up called "Get Lost".  We would pack up some snacks, a little bit of money, and a roll of toilet paper, load up into the car and take off.  At each intersection we came to, one of them would choose which way to turn.  That simple game has given us many memories of adventures, discoveries, and places explored that were off the beaten path.

A couple of winters ago, it was just Nichalas and myself in the car spending time together.  He knows me so well it was impossible to plan a surprise for him.  He knew exactly where we were headed when I picked him up.  It had been 10 years since we had last been to this spot and didn't know if we would be able to locate it again.  Driving on the back roads, our memory was being refreshed by familiar sites, bringing back things we had said or done on that day of adventure when it wasn't just the two of us in the car.  The bitter wind tore through us as we stood on the bridge, posing in front of the camera.

During the past ten years Amber has made us five to begin another "adventure".  Be it in the celebrating of life just being together, the learning of a new game, which became another time of not only confusion, but laughter, ribbing each other, eating, cooking, holidays.  And during those moments, I continued to pray for our ABBA to introduce "the one" He had chosen for our Adam.
It was a year ago today our family of five officially grew to eight.  Our ABBA gave our Adam not only Ashley, but also Charlie and Ella.  We not only gained another daughter-in-love, but the title of grandpa and grandma was added as well.  And this past year has filled my heart with untold riches.

Within each moment, ABBA tells us to "make a window for the ark".
How much over the years I have become so thankful and blessed by my window.  A window made of prayer.  of love.  of hope.  of mercy.  of faith.  of grace.
He doesn't want us to live within the shadows of our minds, trapped by the memories.  He wants us to look out the window and see all He has in store for us in each moment.  To go and make new memories and add them into the treasury of our hearts.

I am trying not to think about tomorrows.  I am trying to take in and make the most of each moment we have in all being together.  I am rejoicing in all the sharing we have had over these past few days.  I find there are times of fighting back tears, knowing this coming Saturday is when two parts of my heart will be making their way back to Phoenix.  Knowing it may be another year before our family  see and share time together.  I treasure the pictures in my mind of moments when looking out "my window" and watching the faces of my loves interacting.  I can't help but smile in seeing how Adam and Nichalas are with one another.  So unlike Cain and Abel are these two.  These two who are "their brothers keeper".

I was thinking today about the verse ABBA gave me yesterday, "In the beginning".  It is so bittersweet in taking the next new breath.  The part of not wanting to let go, yet knowing there is another new adventure in the next breath taken in.  Adventures taken in and kept within my heart, as I look out the window of my "ark" while living life.
He leaves it up to each one of us to "make a window".
To view the many memories, blessings, things He has in store for us.
To see His face throughout our journey towards Home while living in this world on an ark,.
Go and "make a window". 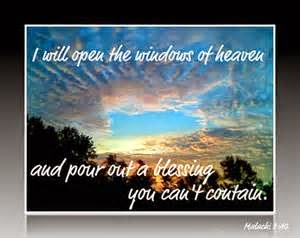