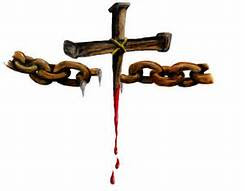 Judah.  One of Jacob's sons.


I love how ABBA's Word encourages us.  How at times we have to read "the rest of the story", to see how Majestic He is.  To see how at all times, He is in control and uses all things for His Glory.


The focus in the accounts of Jacob's sons is mainly on Joseph.  When we read of the great things God used Joseph to do, who represented Christ in being used to save the Israelites linage, it would be him whom we think would be one of "the ones" in the lineage of our Savior.

"So Judah stepped in and told his daughter-in-law Tamar, "Live as a widow at home with your father until my son Shelah grows up." (38:11)

"Judah saw her and assumed she was a prostitute since she had veiled her face. He left the road and went over to her. He said, "Let me sleep with you." He had no idea that she was his daughter-in-law." (38:15-16)


And yet it is Judah whom God used.
He used one of the twins "Perez", fathered by Judah with Tamar.

Throughout the lineage of our Savior are ones who messed things up.

Our Savior.
Who has rescued us from the encasement of our sins.  Our own personal "Breakout". When we screw everything up, God comes along and breaks us out.  How God continually uses persons, who continually mess up, throughout time, for His glory.  To be a Vessel for Him.
Only God could do that.
Take something we have completely messed up and turn it around, rebuild it, fix it - so it is completely right.
The one who is completely in control.
The one who is our hope.
Our "breakout" from the chains of sin.
He really is beyond Awesome.
Posted by deby at 4:23 PM