Joseph's brothers had never fessed up to their act in getting rid of him and believed what they had done was coming back to haunt them.  But Joseph had total faith in his ABBA, knowing all the trials he had went through were so he could be used by God.  He had totally forgiven his brothers.  Now they needed to forgive themselves.

Jacob's blatant favoritism brought about the treatment and feelings Joseph's brothers held towards him. And when Joseph was gone, his favoritism went to his youngest son, Benjamin.
He became Jacob's whole life.

The giving up of Benjamin.
It saved the whole family from a sure death during the famine.

How often do we look at the trials and tribulations in life and wonder why.
become angry.
hold on even tighter to who or what we love most in life.
love more than God.

And always the best for us is to love Him first and foremost.  There are times when the  best for us isn't always what we believe it to be, because we are unable to see the whole paradigm.  This is where trust comes in.  To let go and trust ABBA in all He has planned for us.  Forgiving ourselves and others for the times we sin or are sinned against.  To let go and let Him as we step out in faith, without any baggage pulling us down.

Knowing one day we will have it all.  Not here on earth, but with Him.  Eternally.
His best.  The very best.  is yet to come. 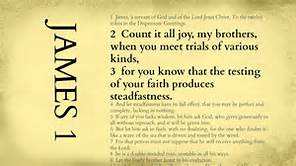