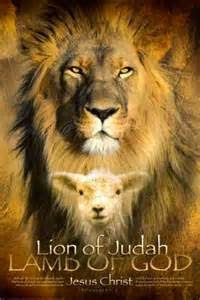 " Then Jacob said to Laban, "Give me my wife, for my time is completed, that I may go in to her."
Laban gathered all the men of the place and made a feast.
Now in the evening he took his daughter Leah,
and brought her to him; and Jacob went in to her.   Laban also gave his maid Zilpah to his daughter Leah as a maid.
So it came about in the morning that, behold, it was Leah!
And he said to Laban, "What is this you have done to me? Was it not for Rachel that I served with you? Why then have you deceived me?"(29:21-25)
There isn't an account to tell us about the deep emotional parts of Leah's life.
Did she secretly have a crush on Jacob?  Or was there another whom she dreamt of spending her life with?  Did she get along with Rebecca or was jealousy, envy a curse between them?  Did she dare cry out in protest when her father came to take her into Jacob's bed?  She had to have known how much Jacob and Rebecca's love was for each other and knew what was to come.  Were there tears running down the side of her face as she saw Jacob's face looking at her in the morning light?  Were her ears ringing from the sound of his voice in anger towards her father over his trickery?  And how did she handle being in the marriage bed after that.  Knowing Jacob was only there in the sense of duty to have sons.
Three times we read of her delivering sons to Jacob.  With each one came the hope that perhaps, this one would be the one to win his heart to her.
Her heart.  It could easily became hard and bitter.  Instead she turned to her ABBA.
Instead of finding fulfillment in her life through another person, thing, she found it in her ABBA.
Leah.
A woman rejected.  A woman used without regard for her feelings.
Leah.
The woman who became the mother of a fourth son.
“This time - this time -
I will praise The Lord.”
Therefore she named him Judah.(29:35)
In the midst of the life she was living, she named him "Judah".
Judah.
It literally means "thanksgiving" or "praise".
Never knowing that her Judah, would be one, who is in direct linage to another son.
Our Savior.  Our Christ.  Our Jesus.
How our ABBA takes the ones who are set apart by the world
and instead sets them aside for His Glory.
Posted by deby at 5:16 PM