"When push came to shove they cared more for human approval than for God's glory.
Jesus summed it all up when He cried out, "Whoever believes in Me, believes not just in Me but in The One who sent Me.
Whoever looks at Me is looking, in fact, at The One who sent Me.
I am Light that has come into the world so that all who believe in Me won't have to stay any longer in the dark.
"If anyone hears what I am saying and doesn't take it seriously, I don't reject him. I didn't come to reject the world;
I came to save the world. But you need to know that whoever puts Me off, refusing to take in what I'm saying, is willfully choosing rejection. The Word, the Word-made-flesh that I have spoken and that I am, that Word and no other is The Last Word.
I'm not making any of this up on my own. The Father who sent Me gave Me orders, told Me what to say and how to say it.
And I know exactly what His command produces: real and eternal life. That's all I have to say. What the Father told Me, I tell you."(John 12:43-50)

Where are you today?

Are you walking in darkness or His Light?

This is the only reason He came to this earth - so you could be His.  But, He isn't going to force Himself on you.

It is your free choice.

Whose are you today?  and for eternity? 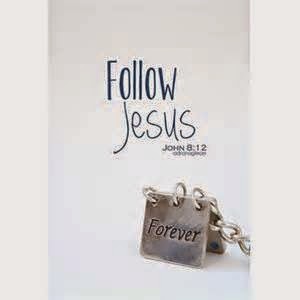