saw Jesus standing there. But she didn't recognize Him.(John 20:14) 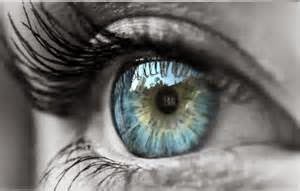 The only two persons we knew in the room were the host and his father.  We sat enjoying the food and getting to know others in the casual atmosphere.  I was thankful it wasn't a formal sit down meal, just soups, finger foods, set out on a table and serving yourself.  I was learning a lot about the persons, just by listening to the words flowing about me.

It wasn't that anyone was bragging in their conversations.  They were just discussing their day to day lives, making plans for future adventures, a little bit of business here and there, and it became obvious very quickly we were surrounded by huge sums of money.   For the first time ever, instead of feeling intimidated, I was enjoying just sitting and wondering why ABBA had me planted in this room of older, very well off,  strangers.  Totally out of my comfort zone to say the least!

ABBA opened my eyes to see them through His.  He opened my ears to hear them through His ears.  Instead of intimidated, I felt sorrowful.  They have so much worldly and none of Him.  A dear woman sat and opened up to me how her son, his wife, their two kids, see her on her once a year visit to their home in California.  They both are in high level positions in major corporations and run a very busy life.  She shared that money is all they care about and wiped away tears from her eyes.

Her eyes.  There was so much sadness coming from the depths of them with the tears.

My eyes kept coming back to our host while he was cooking in the kitchen.  He is in stage four of a cancer and is basically a genie pig with the medications, procedures.  So far, the cancer isn't spreading, nor is it shrinking.  The glass he had close by was never empty.  I can only imagine the liquor isn't helping the fight against these killer cells within him.  While watching him, I could see death is in the air about him.  His coloring, the puffiness.  But it was his eyes.  The eyes of his father, who I would see looking at him too.

There was the fear.  the sorrow.  There wasn't any hope.

Another gentleman extended an invitation for Curt to join in his every Wednesday night poker game, he has been hosting for the past 10 years.  He shared about what it cost to play, the food spread he provided for $10, how he had built a poker room onto his machine shed.  His eyes were sparkling, his body language was alive.  You could see his passion for this weekly event.  But then, his eyes would go dark as the excitement drained away from him.

There was such an emptiness deep down within his eyes.

And my Curt.  In response to the invitation, began to share with this gentleman why Wednesday night can't work for him.  He shared with him for the past five years we have held a Bible Study in our home.  His eyes were alive as he shared the bonding that has come about with these people, we now call family.  I loved watching his hands move about as words tumbled out of his mouth.  My Curt, the man of few words, was sharing his heart.

His eyes.  Alive with the Light of our Lord.

And the man, his whole demeanor changed.  He shut down and turned ever so slightly away from us.  He became focused on the card game that had started up beside us and called out, "Deal me in".

In that moment, while lifting up a prayer of thanksgiving to be married to a man of God and not of money,  I realized why ABBA had us planted there.  In that room.  At that time.

"saw Jesus standing there. But she didn't recognize Him."

We, all who are His Warriors, is whom He is seen through, standing there amongst those who "see" Him not.

My eyes.  Sorrowful for those whom we encountered.
My eyes.  Filled with hope that they too, will "see and recognize" our Savior.

"Eye contact:  how souls catch on fire for Him."