"Starting from scratch, He made the entire human race and made the earth hospitable, with plenty of time and space for living so we could seek after God, and not just grope around in the dark but actually find Him.

He doesn't play hide-and-seek with us. He's not remote; He's near. 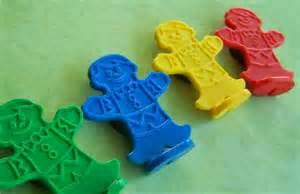 We have always played inside/outside games as a family.  It is the norm when together, to spend hours sitting at the table playing a board game or cards.  Sometimes we will drag out the little kid games, Candy Land, Chutes and Ladders, etc. and have a tournament. This past Christmas we played a game we made up years ago, "fart ball".  Most of the lights are off and we are playing "tag/hide n seek" with a little nerf football.  I will always remember the look on Amber's face as we were running through the house away from whomever was "it", throwing this little brown "fart ball" at each other.  Another game we played was where one would hide in the darkened house while together the others counted to 100 in the bathroom.  As the one hidden was discovered, the discoverer would squeeze in beside them, until everyone had found the one who was hiding.
And each time we played these games in the dark, until they were older, the boys never ventured far from Curt or my side.  They loved playing, but were just a little unsure, scared, to be alone searching in the dark.
And that is yet, another thing I love about our ABBA.
As much as I enjoy playing games, there aren't any games being played when it comes to life "in" Him.  There aren't any times I have to wander in the dark away from Him.
"He doesn't play hide-and-seek with us. He's not remote; He's near.
We live and move in Him, can't get away from Him!"