"Boaz married Ruth. She became his wife. Boaz slept with her. By God’s gracious gift she conceived and had a son." (Ruth 4:13)

Naomi's heart was given such joy in the birth of her grandson, Obed.  Technically, he wasn't really of her blood - he was fathered by a man from her husband's family and Ruth wasn't her blood daughter.  It was through the act of marriage she became woven into Obed's family as his grandmother.

I wonder if she lived long enough to see the birth of David, if he sat upon her knee?

How God did indeed fill her life with hope and blessings of new birth.

Much like He weaves us into His family through the new birth of accepting Christ as our Savior.  By joining into the covenant with Him, becoming the Bride of Christ.

"Boaz married Ruth.  She became his wife.  Boaz slept with her."

They were joined as husband and wife in the way God designed and they became one.  "By God’s gracious gift she conceived and had a son." 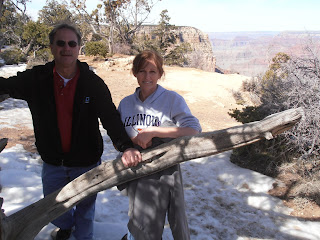 He gave me "my Curt" almost 31 years ago.  Our hearts were angry and bitter, much like Naomi's..  We were so focused on the cycle of the have nots, didn't gets, not fair, it is totally amazing that we ever were able to see Him.  Continuing on with the cycle, struggling to just keep our heads above water, in the river of lies, we were swimming in.  Fighting against the current of self, which was pulling us under, into the depths of despair and grief.

All the while, He was standing there, right in the river with us, holding out the only rescue from the cycle we were in.

He was holding out the gift of Christ.

We have taken His gift and He is within our hearts, souls, and minds.  He has broken the cycle we were in and transformed us.  He has used us as His vessels to raise our sons up "in" Him, to know Him intimately.

It isn't just in the gift of our sons that I see His Fruits.  They are scattered everywhere throughout our lives.   We so delight in all of these fruits, which have crowded out the seeds of the world, that used to grow up and overtake us.  But honestly, it is the Fruits of our sons, coming right after the joy of our marriage union.  Much like Naomi, my heart has and does so delight in our sons and daughter-in-law.  This morning I woke up and after thanking God and praying for them, I began to think about becoming a grandmother one day.  Imagining the different ways I would see their parents in them, our relationship, and mostly of sharing the delight with their parents in introducing them to the wonders of God.

Our hearts sing out knowing that because Curt and I have chosen to break the cycle, our sons will be raising, from the moment of conception, their children up "in" Him. All of our future generations have already been being prayed over for a number of years.

"By God’s gracious gift" of His Son - His cycle continues on.