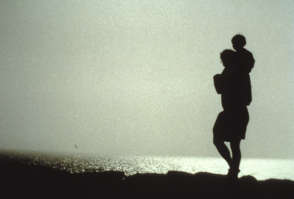 
I always thought that disrespect from others was what angered me - it isn't.  It is double standards.  It is when one is favored, allowed to do and others are not.  I can feel the anger build up when thinking about the double standards from government to those who I am contact with.

One of the best things about my Abba - He doesn't rule with double standards.

Favoritism is a breeding ground for entitlement, narcissism, dictatorship, selfishness, jealousy, manipulation, and other unChristlike behavior.  Throughout scripture we see examples of favoritism and its consequences.  The ripple that is carried down through many generations has caused so much division, bitterness, hurt, loss.

Before, I used to do anything to avoid confrontation because of fear.  I would become angry and speak malice, but not directly to the person.  Now, I know that God is my defender and He has removed that fear and the vengeful anger.

He is my commander in Chief  - who is not in a tent behind the army.

He is front and center before me.  How can I not trust Him when He says He has my back?  Why ever would I continue trying to defend myself, when He does that for me?  He knows my heart, He knows the situations I will end up in.  It continually blows me away when I look back to what and where He has brought me.  Through all those minefields - He has brought me here.

We are all His "favorites".

No matter the situation, I have to let Him be who they see.  Who they hear. He is who holds them accountable.  I have to concentrate on my relationship "in" Him and making Disciples - to see the spiritual battle for what it is and not take things personal what someone may say.  What they do or say is now between them and God.

He has my back.