"Listen, Heavens, I have something to tell you.
Attention, Earth, I’ve got a mouth full of words.

My teaching, let it fall like a gentle rain, my words arrive like morning dew.  Like a sprinkling rain on new grass, like spring showers on the garden.  For it’s God’s Name I’m preaching—respond to the greatness of our God!

The Rock: His works are perfect, and the way He works is fair and just; A God you can depend upon, no exceptions, a straight-arrow God.
His messed-up, mixed-up children, His non-children, throw mud at Him but none of it sticks." (Deuteronomy 32:1-5)

There are times when I am so full of Him, that I can not contain myself.

There have been times in my exuberance of Him I have caused persons to run, run fast, away from the "crazy woman spouting off about God".  I had not yet learned the art of sharing Him and letting His Word "fall like a gentle rain".  It was more like a violent storm.  I cringe when I remember telling someone they would be in hell if they didn't accept Him as their Savior - without any grace or mercy on my part.

So thankful He is bigger than my mistakes.  Even mistakes I made with good intentions.  I was, and still am, grasping those who are in satan's grasp.

As a new Christian, I had not learned the art of fineness.  Nor had I dug deeply into His Word and become intimate In Him.  I was a new babe in Him.

How over the years He has opened my eyes and ears and shut my mouth!  I am so thankful that I know, hear, and most often heed His voice.  I still stumble through and mess up "Divine Appointments" - I call them growing pains.  He has also shown me that my job isn't as a Harvester - it is a Seed Planter.  He has given me the gift of encouragement.  Amazing how knowing my job and utilizing my gifts has allowed Him to shine!  In my enthusiasm and passion to bringing people to Him, to show them how He is The Rock that turns their lives around, He has given me grace and timing.  More often I feel I am dancing as a witness for Him, than stumbling about, stepping on feet. 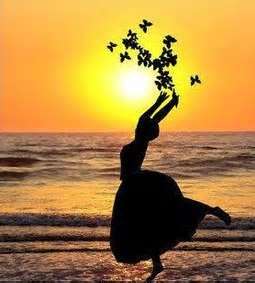 He as taught me to waltz.


But at times while dancing, "His messed-up, mixed-up children, His non-children, throw mud at Him but none of it sticks."

It hit me once, while wiping the mud off of me, it isn't me they were aiming at.

The mud balls of rejection, sometimes had bits of gravel in them and I was feeling wounded.  I was taking it personal, making it about me, even at times feeling sorry for myself.  I had forgotten I had chosen to be a vessel for Him to use for His glory.  Scripture tells us there would/will be times that standing in His Truth will cause division and attacks.  His Armor shields us, if we have put it on and keep it on.

There are persons living life outside of Him and they will attack, for darkness does not like The Light.  I have been praying for open eyes for myself and others to His truth.   A very wise friend once told me how satan has only one tool that he uses, and how we take it and run with it.  Run in the opposite direction of God.

That tool is doubt.

How blessed I am He has literally laid Scripture in my path to validate and encourage I am standing firm in His Truth.  The Scriptures show me not to doubt as my heart and life is sold out in Him.  I am totally, head over heels in love with my Abba - my Savior - The Holy Spirit - His Word.

Why?  Because of how I have been transformed. He has opened my eyes to His Truth and I see, even when I stumble or mess up, my heart's desire is to please Him.

Because I love Him so.

His Word - it is my own personal love letter from Him.  Through it, through my family In Him, my fruits, I am reassured how I am speaking, living, working In Him is The Truth.

I am confirmed and affirmed - by Him.