I can remember going through different names when we found out Adam was within my womb.  We came down to a few favorites and I started to say them out loud, listening to how they sounded to my ears.  For boys names we narrowed it down to Christopher Adam or Adam Christopher.

At the time I pretended I was at his future wedding and listening to the vows being said, in deciding which order to place the two names we had chosen.  Christopher Adam Holtschlag seemed to flow better.

When Nichalas was born, they brought the birth certificate in to be filled out.  We had decided on the name Nichalas Tanner.  I was alone, still a little doped up from the medicines received for the C-section, and for the life of me couldn't remember how to spell Nichalas.  Being too embarrassed to call a nurse in for help in the spelling, I sounded it out.  He is the only one I have met with Nichalas spelt as it is versus Nicholas, and I have come to love how his name sounds, even if I am one of the few that still calls him by his given name, instead of Nick.

Our other two children, although I never actually met them face to face, I felt in my heart were our daughters.  Our Shara Renae and Elyssa Beth (for my grandma Dorothy Elizabeth) are 29 and 26 this year, residing in Heaven.

Picking out a name for our children was an exciting and daunting task.  We were giving them a gift of which they would be called throughout their lives, unless they changed it.  It was a name of which others would associate with them.  They were names which would and have become part of my heart.  I love how their names roll off of my tongue and are music to my ears.  I love when they respond to the "call" of their name.  Their bright eyes showing they know they are loved when "called".  My heart leaps when I hear their deep voices become gentle at the "call" of "mom".

Our names when "called" from loved ones are an endearment.

I think about this verse when gazing up into the night sky.  Trying to see the "end of the stars" covering the ink black vastness above me.  My brain is unable to count the amount of them, and yet our ABBA has taken the time, treasured each one enough, to give it a name.

Our babies, we gave them a name because even before they were born into this world, they became a treasure the moment I knew I was carrying them under my heart.  We gave a name to our "treasures" not as a label of property.  It is a name we "call" them, for they are parts of our heart. 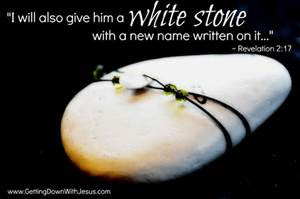