"I'll help bring the whole country of Israel over to you.  "Great",  said David. "It's a deal. But only on one condition: You're not welcome here unless you bring Michal, Saul's daughter, with you when you come to meet me."   David then sent messengers to Ish-Bosheth son of Saul: "Give me back Michal, whom I won as my wife at the cost of a hundred Philistine foreskins."   Ish-Bosheth ordered that she be taken from her husband Paltiel son of Laish. But Paltiel followed her, weeping all the way, to Bahurim. There Abner told him, "Go home." And he went home."(2 Sam 3:12-16)

This verse has always gotten "my dander up".  I know that women back then were a possession.  That Michal was David's wife first.  I know that she should have been with him.  But, she wasn't.  And for her husband to show his love/grief for her without thought of others seeing him, showed how deep a love they had for each other.

Was her being with him that bad?  David already had other wives, did he really need to have Michal back?  Was it more of an honor thing or pride?  And how was she about leaving Paltiel?  Scripture tells us that at one time she did love David.  Did she ever stop?  Was she thankful to be back with him?  When she is full of scorn watching him dance in the streets later on, I am thinking there are some anger and bitterness issues going on.

The thing is - I can not see the whole paradigm.  Yes, I have lots of questions - but I don't know everything that is going on.  Or all the traditions, etc. of that time.  What I do know is that there are many times when God doesn't make sense and I react the same way. 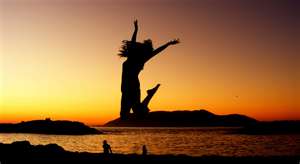 I am learning also through Scripture that there is much in His Word I haven't a clue about.  The same goes for life.  It isn't my place to know "why".  My place is to follow and act.


To actually say, "how high". when He says, "jump".   I also have learned that my heart needs to be free of scorn, anger and bitterness.


It goes back to Focus, Faith, and Trust.

Even when it doesn't make sense.

It's hard understanding these tiny little pieces of a mighty big puzzle. A puzzle that we are a piece of but don't quite understand how and why all the pieces fit together the way they do. It's such a comfort knowing that God is always in control and He always has the end in mind. Which is the coronation of His son Jesus Christ and the coming of His kingdom where He will reign forever and forever of forevers. During times when I don't quite understand the big picture I think of Psalm 46:10

One of my (many) favorite verses!