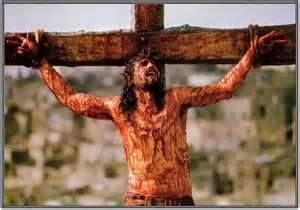 "Judah said, “Brothers, what are we going to get out of killing our brother and concealing the evidence? Let’s sell him to the Ishmaelites, but let’s not kill him—he is, after all, our brother, our own flesh and blood.”  (Gen 37:26-27)

His Word - there isn't one word that is there by accident.  Each and every Word is God-inspired, God breathed.  It isn't by chance that in the middle of the story of Joseph growing up to being in jail - there is a section of Judah's life.

Joseph is the continuing history of the Israelites - the story of Judah brings us back to the Savior - our Savior - my Savior.  Both stories, of Joseph and Judah, show us how humans bring mess into God's plan  - again.  How favoritism continues to breed jealousy, division, evil in the family.  It brings back to mind "God spoke to Cain: “Why this tantrum? Why the sulking? If you do well, won’t you be accepted? And if you don’t do well, sin is lying in wait for you, ready to pounce; it’s out to get you, you’ve got to master it.” (Gen 4:6-7)

There are times we do our best and still get the shaft, which is why it is essential to keep our eyes focused on His face, His ways.  To utilize His measuring stick, His Word.  To have faith that no matter what, He is in complete control and loves us more than anything.  Remember - He gave His only Son - for you.

We are "His" favorite.

If we don't live life like this, we will live it in the opposite manner.  We will allow sin to pounce on us and get us.  It will "master us".  This is a struggle we will have as long as we live on this world.  A struggle we will fail to win at times.

Thank the Lord for His grace and mercy!!!!

I find great hope in the life of Judah.  While researching Genesis 38, I learned the following about the people Judah had separated himself from his brothers to go and become a part of:

As the syncretistic tendencies became further entrenched in the Israelite faith, the people began to lose the concept of their exclusiveness and their mission to be a witness to the nations, thus becoming weakened in resolve internally and liable to the oppression of other peoples".  (This hits so close to home and "how is my walk", "am I an oppression"?)

Why great hope in the life of Judah?  Because, God took from this lineage and brought from it our perfect Christ.  When you trace back Christ lineage, you find those who allowed sin to master them.  The persons listed in this family tree are not perfect - they lived and absorbed the ways of the "Canaanites of the world".

Being a child of God, I am listed as part of the lineage of Christ.  My part of the family tree isn't perfect, beautiful - it's really a branch when looked upon that should be cut off!  And that is where my awesome Daddy comes in.  He takes what is rotten - the bad and the ugly and creates good from it.  Just as He did with the life and choices of Judah - and all the others in Christ lineage.

I sit here looking out the window at the barberry bush.  It is very ugly right now without leaves, full of little thorns - much like the ugly cross and the thorns they put on His head.  But it is full of life.  Within the branches there is constant movement from the little birds that are feeding off of it.  I see them all puffed up, moving from branch to branch.  Even when the bush looks completely dead in its dormant stage, they are given food from it to continue living so they may bring forth new life this spring.  As He did when it was thought all was lost, when Christ died on the cross.  Even the little birds know to come to the bush, their feathers protecting them from the thorns.  It amazes me how their little bodies keep from freezing in this weather.  Am I drawn to the cross, to Him in such the same way?  It brings to mind how He loves me so much more than the birds.  How He provides and takes care of me.  How He has given me protection from the cold and thorns of life.  He has given me His Word to keep from becoming a part of the "Canaanite world" I live in.  He has given me eternal life with Him.

I stand amazed that He has taken my "Judah like steps" to become the "steps of being Christlike".  How He prevails.  How even through the bad, the ugly - comes God.

How He took the ugliness of the Cross and gave us Good......