Joseph is such an example of being Christlike - for every recorded action towards him, he reacted in a kind way.  Even to God.

Was there ever a point in his life that he got angry and shook his fist at God?  He had such an air of trusting God about him.  After sharing his first dream to his family, and they got angry, he then shared the second dream he had.  I think I would have kept my mouth shut after the first one.  He is in a high position under Potiphar and then after being chased by Potiphar's wife, she accuses him of trying to rape her.  Scripture doesn't record if he tried to defend himself, or if he was allowed to.  Regardless, he ended up in jail.  He is then made in charge of the prison by the head jailer.  Even in low places, God put Joseph in a position of authority. 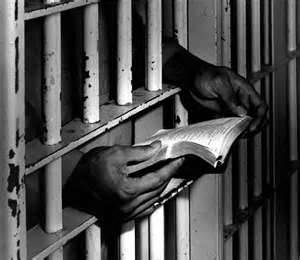 And finally after two years he was brought before Pharaoh.  There had to be something about Joseph that stood out and caused Pharaoh to entrust Joseph (a foreigner) with the power that he gave him.  Joseph was second in command.  He was right after Pharaoh in the ranks.  I wonder if Potiphar was a little concerned?  After all, he was one of Pharaoh’s officials and the manager of his household.  Did Potiphar's wife have fear running through her veins?  They all had to have realized that there was something different about Joseph.

How he allowed God to shine through him and gave God all the glory.  Because of how Joseph forgave his brothers, I am able to see that Joseph probably forgave Potiphar and his wife.  Along with being a person of integrity, loving, he was humble.  He gave God the glory for his abilities.  He wasn't concerned about a pat on the back.  I don't know what the proper procedure was for the speaking of different ranks, etc., but the head jailer had to have some connections.  Did Joseph ever try to get out for good behavior?  for knowing the dreams of the cup bearer/baker?  Was he waiting on God's time?

So much to learn from Joseph.

How many moments do I grow angry and shake my fist, when things don't go my way or life is unfair?  How many times do I get wrapped up in patting myself on the back, or having others praise me, and not give glory to Him?  Joseph never took his focus off of God.  No matter where he was or the situation he was in.  Always - God came first.  He had the opportunity to brag on himself, he could have held on to anger and bitterness, after two years of sitting in prison.  And in reply to Pharaoh trying to give him the glory - he replied, “Not I, but God."


"Then Pharaoh gave Joseph an Egyptian name, Zaphenath-Paneah (God Speaks and He Lives)." (41:45)

Because of Joseph and the way he lived Pharaoh's name for him represented what he saw - "God speaks and is alive".  What do people see when looking at me?  Do I live for Him and never lose focus on His face?  Do I make the most of all situations in trust and faith?  Do I give God the glory?

He gave God the glory in the name of his first son.  He was able to forget and move on.  In the name of the second son,  he gives thanks.  That even in the land of his sorrow - God prospered him.