"They have sex with sin and give birth to evil.
Their lives are wombs for breeding deceit.” (15:35)


Looking back at the forks in the road, I know without a doubt - it is only because of Him I made it to where and who I am today.

I lived my life "having sex with sin" for many, many years.  It is only because of Him that my heart remained soft and did not harden with the life I was living.  So many of my choices "gave birth to evil" - how very lost I was.  How thankful I am that I kept stumbling on looking for something to fill my void.

That unknowingly I was searching for Him and He was always there.

Looking back, I think about the "could have beens" and offer up a prayer of thanksgiving.  As early as 16, I could have became pregnant.  It is a wonder I never did.  Thinking of some of the men I was with, they would never have been there for me or our child.  How very blessed I am that God gave me Curt to father our sons.  There have been many mistakes we made throughout the years, but He is bigger!  Only because of Him did they turn out to be men of God.  Looking back at all the choices I made - my life being a womb to breed deceit - I shouldn't have the blessing I do.

Because I serve a God who is all about love.  Who, as soon as I received Christ as my Savior, forgave me and drew me to Him.  He has done nothing but lavish love upon me.  Even after all the many choices I made, which did nothing but make Him weep.  Choices that lead others away from Him and not to Him. 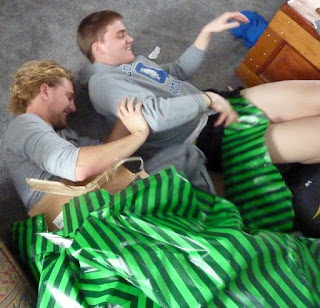 He has blessed me with Adam.  A young man who continues to attend church regularly, while living on his own.  Who reads His Word and prays to Him.  Who looks to Him for leadership, comfort, companionship.  A man who loves our God.

He has blessed me with Nichalas.  A young man who takes the spiritual leadership role and makes it a priority in his marriage.  Who also reads His Word, attends church, listens to sermons throughout the day.  Who digs in and discusses His Word with me. 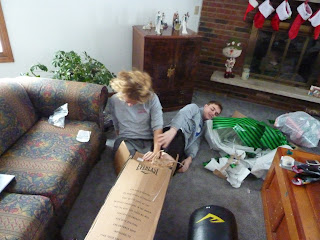 Two brothers who have been best friends  beginning when Nichalas was still in the womb.   Who are silly, serious, have each others backs at all times.  Who I can not recall throughout the years, ever fighting with each other.  They talk on the phone numerous times during the week.  They really enjoy each others company - as well as ours. 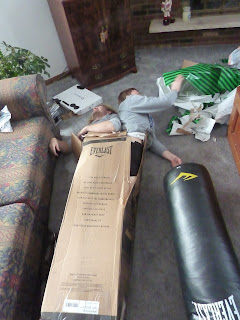 It is neat to see how they have grown up and how our relationships have changed - in a good way.  I love that we are parents and friends.  That living great distances apart has not caused distance within our family.  That even though I am their mom, they offer me Godly advice when I come up against a situation.  We pray together regularly.  They have become at times my Christian brothers.   I know without a doubt that our family will be together in Heaven with Him.  That in itself - is a blessing too much for words.

I am so thankful that I took the fork in the road that led to Him.

That my life became a womb which bore men of God.

Hi,
Thanks for trying to put a link on He Cares for You. Unfortunately it didn't seem to link with a "link". Would you please try again.
Thanks so much.
Blessings,
Janis

Deby, this is such a beautiful tribute to God's unfailing love and redemption. I'm so thankful that He provides those 'forks'!
Thanks for visiting Mary @ Woman to Woman!
Blessings to you ~ Mary

How wonderful that your family ministers both ways -- parent to child, and child to parent. A great example for all of us.