"After burying his father, Joseph went back to Egypt. All his brothers who had come with him to bury his father returned with him. After the funeral, Joseph’s brothers talked among themselves: “What if Joseph is carrying a grudge and decides to pay us back for all the wrong we did him?”
So they sent Joseph a message, “Before his death, your father gave this command: Tell Joseph, ‘Forgive your brothers’ sin—all that wrongdoing. They did treat you very badly.’ Will you do it? Will you forgive the sins of the servants of your father’s God?”
When Joseph received their message, he wept.
Then the brothers went in person to him, threw themselves on the ground before him and said, “We’ll be your slaves.”
Joseph replied, “Don’t be afraid. Do I act for God? Don’t you see, you planned evil against me but God used those same plans for my good, as you see all around you right now—life for many people. Easy now, you have nothing to fear; I’ll take care of you and your children.” He reassured them, speaking with them heart-to-heart." (50:14-21)

Fear - how it can be one of satan's strongest tools.  How we can allow fear to distort our vision, our minds and run.  Run without seeing, react without thinking things through.  How we can resort to manipulation, lying, deceit, in attempt to save ourselves from what we fear.

Joseph had already forgiven his brothers.  He had shown them forgiveness many times over and still they didn't believe or accept that gift.  It wasn't because of something Joseph did or didn't do - it was because of themselves.  Just as God has forgiven us - it isn't His lacking - it is us.

They hadn't forgiven themselves for their sinful acts - just as we don't forgive ourselves.

How often am I also guilty of this?  How often do I put myself above God and decide that I can not forgive me?  How long do I carry that burden around and allow it to be poked and prodded with fear?  How often do I resort to being unChristlike in attempt to cover my sins? 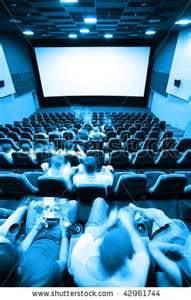 God promises that when I accepted Christ as my Savior, I am saved.  My sins are forgiven because of Christ blood.  Even sins that I have yet to commit.  It states in scripture that I will be judged - for how my time and talents were spent - not my sins.  I have the greatest defense lawyer in the world!  He is standing at the ready, on my day in God's courts, to step in and say - "Sins Covered.  Sins Erased".
There isn't going to be a movie screen with "Sins of Deby" playing - Christ erased them.  He has made me pure as white snow.  There aren't any sins to film.

Through Christ, my Savior, His blood.

He has forgiven me. Yesterday, today, and tomorrow.

Each time I do -  I am taking His greatest gift and shoving it back into His face.  I am not taking in faith what His sacrifice has covered.  I am saying God's sacrifice of His Only Beloved Son - didn't cover "my" sins.  Each time I put me before God - I cause Him to weep.

Each time I do - I am saying His way isn't enough.