"Joseph took good care of them—his father and brothers and all his father’s family, right down to the smallest baby. He made sure they had plenty of everything." (47:12)

How Christlike was Joseph - which is amazing considering He didn't know Christ as we do.  As I do.  And still there are moments that I elect not to be Christlike in my walk.

This account of Joseph and his family is such an example of how all things are used for God's glory.  How we have to live with the consequences of our choices and still God comes along and redirects our journey to Him.  I don't know if God created a famine to bring Joseph together with his brothers.  I do know that because of Joseph's heart the outcome of their joining brought glory to God.  Their coming together could have resulted in imprisonment or death - if Joseph had of not been Christlike.

I love also how God is always present throughout the journey - even with Jacob.  "So Israel set out on the journey with everything he owned. He arrived at Beersheba and worshiped, offering sacrifices to the God of his father Isaac.  God spoke to Israel in a vision that night: “Jacob! Jacob!”  “Yes?” he said. “I’m listening.”God said, “I am the God of your father. Don’t be afraid of going down to Egypt. I’m going to make you a great nation there. I’ll go with you down to Egypt; I’ll also bring you back here. And when you die, Joseph will be with you; with his own hand he’ll close your eyes.” (46:1-4)  He was reassured that the covenant God had handed down would be completed, even though he would be leaving the land that was promised.

Joseph's Christlike heart led to a Christlike life that touched even the Pharaoh.  Choosing to not forgive breeds anger, resentment, manipulation, and selfishness (just to name a few).  We know by the reaction of Pharaoh, he trusted, loved, and honored Joseph - which he extended down to Joseph's family. "Joseph  settled his father and brothers in Egypt, made them proud owners of choice land—it was the region of Rameses (that is, Goshen)—just as Pharaoh had ordered. Joseph took good care of them—his father and brothers and all his father’s family, right down to the smallest baby. He made sure they had plenty of everything." (47:11-12)  Not renters, but owners of the land.  And through this God provided and blessed them with an abundance.  From the 70 members of Jacob's family came the 2 1/2 and 3 million in total of Israelites, that left later with Moses to return to the Promised Land.

How many times in my life, and the times ahead, do I cause a detour because of my unChristlike way.  Hindsight is 20/20 - you would think I would learn by now.  What I most come away with in studying Joseph, is how he was able to not take things personal and focus on God.  No matter the situation.  I am thankful, and blessed, that He is making me more aware of the moments I fail - convicting and helping me to change.

This journey of life is so much better when I walk in His steps, not my own. 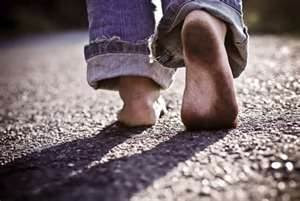