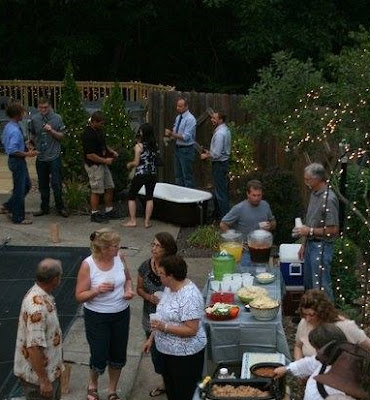 “Tell the people, Consecrate yourselves. Get ready for tomorrow when you’re going to eat meat. You’ve been whining to God, ‘We want meat; give us meat. We had a better life in Egypt.’ God has heard your whining and he’s going to give you meat. You’re going to eat meat. And it’s not just for a day that you’ll eat meat, and not two days, or five or ten or twenty, but for a whole month. You’re going to eat meat until it’s coming out your nostrils. You’re going to be so sick of meat that you’ll throw up at the mere mention of it. And here’s why: Because you have rejected God who is right here among you, whining to His face, ‘Oh, why did we ever have to leave Egypt?’”
(11:18-20)
Doubt was taking over the camp and faith was faltering.  The focus had fallen from The Lord.  The People fell to grumbling over their hard life.  Of not having meat to eat.  Moses "grumbled" to God because he had to take care of the dissatisfied people.  . Miriam/Aaron spoke against Moses because of the Ethiopian woman whom he had married.

He sent quail, fire, and leprosy for Miriam. (Why did Aaron get off again?) I wonder if when God called them out before Him, were they trembling? Were they even aware God knew what they had said?

I began to think about how often I am so focused on self, my way, me, me, me - and believe as I grumble, "He can't hear me". My grandma Dorothy used to say when we talk to ourselves we are really talking to the devil, as we say things we wouldn't say otherwise.

He does hear. And yet I would still falter in my faith and begin to grumble and complain. Paul tells us, "to be thankful in all things". I would try. I would find myself trying to look and see others lives whose are far worse than mine. I try not to compare - to covet - to be jealous. And often, when life wasn't fair, I grumbled.

Because I had lost focus. When Moses grumbled to God about all the responsibilities and he couldn't handle them all - God listened. God then provided Moses help. He opened my eyes to how often  I would try and do it all and could not. God would provide me with help and in my pride I would refuse it.  And then grumble about being stressed and overloaded.

I was having a hard time letting go. The "power", control, doing things my way.
My greatest teaching moment came five years ago when Nichalas and Amber's rehearsal dinner was held at our home. I was attempting to do it all by myself.  Thankfully, God provided.  Even when I refused to admit there wasn't any way I was going to get everything done.

Our home was descended upon by our friends. They invaded! Washed windows, scrubbed floors, cabinets. One even scrubbed our toilets by hand after not being able to find my brush. (That is love.)
Our home was invaded by Love.


Not everything on "my list" was completed and in the end, it didn't matter. The funny thing is, most everyone was outside and all the work inside went unnoticed. Our family of friends made sure we enjoyed ourselves. Not once did someone come up and ask Curt or myself a question about what to do. They all took care of us. They made sure we were able to celebrate our children without any concerns.
He takes care of us. Because we belong to His family. He has surrounded us in Love. Real Love.
I read these Scriptures this morning and smiled at how far He has brought me. What freedom has come from the time I was failing, because "I" wasn't relying on Him to stop grumbling, to where He has brought me today. He is always listening. He is continually removing doubt from my mind and bringing about my focus onto Him - not "me". He is in control - and He loves me.
I have also learned - be careful what I ask for and rely on Him to provide. To not try and dictate to Him what "I" feel is best.
The quail were over three feet deep and as far out as a day's walk in every direction. (Num 11:31) Can you imagine! I needed to let go and let Him. His way. His time. Not mine. He has grown my faith and trust in He knows and desires what is best for "me".
"God answered Moses, "So, do you think I can't take care of you? You'll see soon enough whether what I say happens for you or not." (Num 11:23)
Posted by deby at 5:56 AM